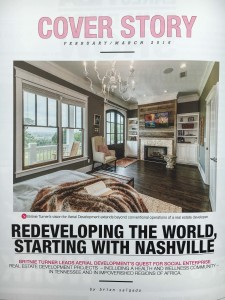 From the outside looking in, Aerial Development may seem like another urban infill developer bringing residential product into neighborhoods desperately in need of a facelift throughout Nashville, Tennessee.
However, Britnie Turner’s vision for her company expands beyond conventional operations of a real estate developer – she aims to solve Nashville’s problems through residential construction while applying the same restorative business model across the globe.

“Aerial is working to be the industry leader for social enterprise real estate development,” Turner says. “Successful because of their collaboration with neighbors and community leaders, Aerial mindfully transitions blighted areas into happy, healthy and walkable neighborhoods where residents are proud to live. The heart and driving force behind the company lies in its long-term vision to positively transform both the economic environment and international perspective for developing nations,” Turner adds. 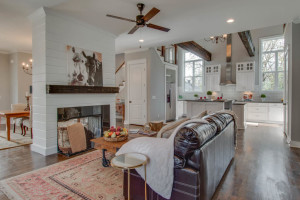 “Urban development has a substantial impact on communities, and by activating their position, Aerial has realized the potential to transform,” Turner says. “Essentially, Aerial understands the value in being a ‘triple threat’ – making social impact across the globe, making social impact in local communities where they build, and harnessing the power of capitalism to continue to make change.” 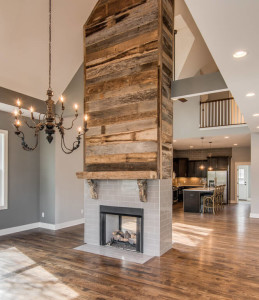 Eventually, the company was able to scale, and in the process learned how to identify specific neighborhoods that needed revitalization. “Once blighted homes were made beautiful, the atmosphere of the neighborhoods began to change,” Turner says. “Aerial saw this and decided it wanted to make an even bigger positive impact. This decision was the stepping stone that led to infill,” Turner adds.

Infill alone is quite a fruitful endeavor in the construction market, but Aerial Development aimed to make more of an impact beyond delivering new homes. The company saw a need to build healthy places with a focus on addressing social needs through innovative products. Aerial’s cottage development, East Greenway Park, is Nashville’s first health and wellness community. This development was designed to tackle one of Tennessee’s largest health issues – the obesity problem, ranked fourth-highest among the 50 states. 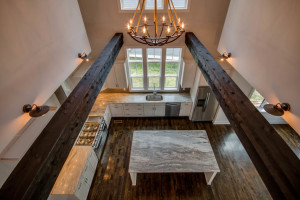 Construction has started on 62 single-family homes in a neighborhood that creates an active and healthy lifestyle for residents and neighbors by connecting to Shelby Bottoms Greenway and the Music City Bikeway. The community also features wide sidewalks, outdoor fitness equipment community gardens and environmentally friendly, active home design.

“Aerial’s model has proved to be transformative, even in the multifamily and mixed-use industries,” Turner says. “The company harnessed opportunities which expanded their footprint outside of Nashville in the southeast corridor over the last 12 months. “Aerial’s vision is to support holistic life improvement by offering opportunities to live, connect and grow,” Turner adds. “Tenants are being empowered and positively impacted as a direct result of choosing to live in an Aerial property.” 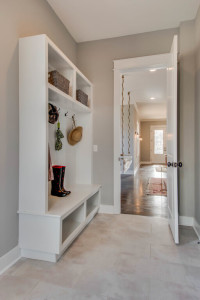 Along with tackling issues in Nashville, Aerial Development partners with Horizon Initiative, a nonprofit rescuing and empowering orphaned children to self-sustainability through a micro-community model. For each home sold, Aerial Development sponsors an orphan in Kenya for one year in the name of the homeowners. Aerial also facilitates the purchase of solar lanterns, which are delivered to the people in need in Bondo, Kenya.
“They are working on developing additional micro-community orphanages, and are exploring other ways to elevate the lives of people in developing nations,” Turner says.

Aerial Development places all of its projects through a filter of values before the company pursues them. These values are:

 The project must transform a blighted area into a sustainable, thriving community;

 The project creates a place people go to be inspired to join the force for good;

 The project must elevate humanity;

 The project must provide value to all stakeholders: the community, patrons, employees, tenants, contractors and investors;

 The project must be profitable; and

 The project must address a social need.

“From simply building houses to strategically transforming urban neighborhoods into places people want to be a part of, Aerial creates safer environments to live, work and play,” Turner says. “An essential element of the process is to empower the residents that already live in the community by giving them a voice about how and what the company designs, therefore gaining essential knowledge of how Aerial can truly serve the neighborhood and its people.”

Design elements such as access to parks and greenways, increased sidewalk connections, neighborhood diversity, tree-planting programs and mixed-use facilities all play a role in Aerial’s creation of beautiful and functional places, according to Turner. The company also is a significant financial supporter of the Urban Land Institute, which provides leadership in the responsible use of land and in creating and sustaining thriving communities worldwide.

“Aerial’s vision is to transform developing nations by putting together the team, resources and expertise to develop infrastructure that creates jobs and revitalizes communities, therefore elevating both people and places,” Turner says. “As we transform urban neighborhoods locally, we are developing a template for global impact initiative to help change the world,” she adds.